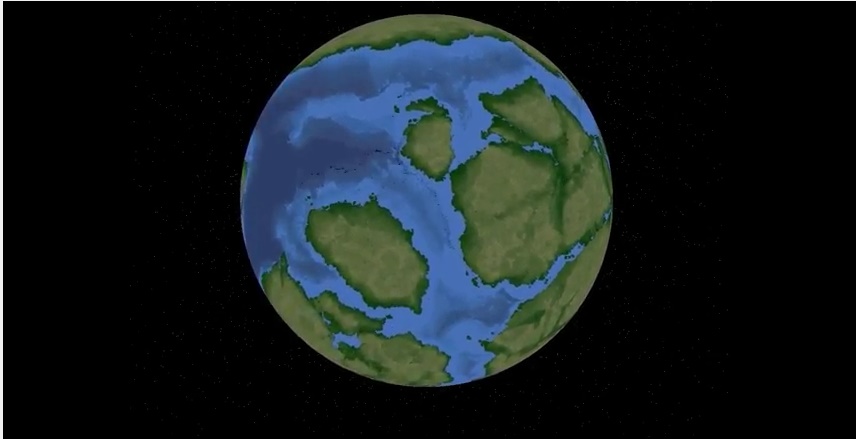 Not since 2008 when I first learned about Expansion Tectonics from Neal Adam’s amazing video series, have I seen another simulation as exciting as this: James Grist’s physical simulation of expansion. He is writing a program that simulates gravity between small spheres, and then creates spheres inside the ball, colorizes the new spheres to be blue like water leaving the surface as green, and the watches the expansion happen. There is some tweaking involved but the concept is solid. We

I can watch these for hours.

The biggest difference between James simulation and Neal Adams, is that James is doing a physical model of expansion whereas Neal was doing a suface treatment. This could have wide implications for ET research in the future.

And here are some videos of his software at work. As James says: “Some growing planet animations made with tegress v0.5”

Here is Neal’s video on ET with over 2 million views: